Shellie is an experienced marketing and sales trailblazer with over 12 years in the sports tourism industry. Shellie recently joined FST focusing on marketing tactics, brand expansion, and sales development. Before joining FST she held a position as director of sales for SportsEvents Media Group, publisher of the national magazine, SportsEvents, as well as owner of S.P.O.R.T.S. The Relationship Conference. During this time she attributed to exponential revenue growth, streamlined communications systems, spearheaded marketing and sales projects and was able to build key relationships in this industry. Shellie has been involved in national organizations such as the Sports ETA Sports Legacy Committee as well as a local career development committee.

Shellie enjoys spending time at her new home, outdoors or on the water with her husband Nathan, two young sons, McCoy and Baylor, and Boykin spaniel, Cabela. Shellie is known for being “the hostess” for friends and family events and strives to make each detail special.

Stephanie is excited to be working at the Foley Sports Tourism where she has the opportunity to use a diverse set of skills.

After graduating Drew University with a degree in English, the NCAA foil fencer moved to Guam to work as a journalist in print, television, radio and digital. In 2010, she returned to the U.S. mainland to attend the University of Alabama (Roll Tide!) where she earned her M.B.A. with a concentration in strategy.

Since earning her U.A. post-graduate degree, Stephanie has worked in minor league baseball around the world including as marketing and communications coordinator for the 2013 Asia Series Champion Canberra Cavalry. Most recently, Stephanie moved from Reno, Nevada where she worked in graphic design and video production for the Reno Aces (AAA Affiliate Arizona Diamondbacks) and Reno 1868 FC (USL Affiliate San Jose Earthquakes).

With FST Stephanie is leveraging all of her experience to create marketing campaigns that allow her to connect with all of the organization’s stakeholders and create lasting relationships in her new home.

In her spare time, Stephanie is cheering for the Tide or the Philadelphia Flyers. She enjoys yoga, pilates, knitting, sewing and generally driving her husband, daughter, and dog crazy. 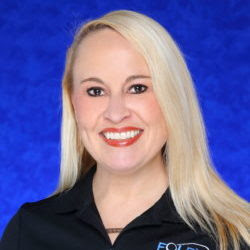 Christy entered the world of sports tourism nearly 10 years ago while working for SportsEvents Magazine and Media Group, one of the nation’s top sports tourism publications. She was instrumental in the planning and execution of S.P.O.R.T.S. – The Relationship Conference for six years. It was there she met some of the most incredible tourism industry professionals, mentors, and friends.

Christy lives in Foley, Alabama with her husband Brandon, their son James, daughter  Abigail, and two spoiled dogs, Koda and Belle. “I love every aspect of this industry, and I’m excited for what the future holds in sports tourism for the City of Foley, Foley Sports Tourism, and our entire beautiful Gulf Coast!”

Rhett Brown brings a wealth of turfgrass management experience to Foley Sports Tourism that spans almost 20 years. Growing up in Tuscaloosa, he began his career working at various golf courses picking up skills left and right, including the construction of new courses and installation of irrigation systems.

To further his knowledge, he proceeded to acquire a BS from Auburn University in Turfgrass Management from the College of Agriculture. After graduation, he worked as a golf course superintendent and landscape manager in Baldwin County before coming to FST.

Over the years, Rhett has managed various herbicide and fertilizer applications, integrated pest management, irrigation operations and repair, and construction equipment operations and maintenance. Currently, Rhett and the staff work to maintain the quality and conditions of 16 regulation fields and surrounding complex area to be in tiptop shape for the multiple sporting events and its visitors that arrive at FST.

Rhett lives in Foley with his wife Mary Kate and daughters Maitlyn and Mallory. He enjoys spending his free time fishing inshore and offshore in the Gulf of Mexico, plus visiting the islands of Perdido Pass. Cameron Miller joined the FST team in May 2016. Cameron is a veteran who spent six years in the army and did two active duty tours in Kuwait and Kirkuk.

He works with the grounds crew doing everything from painting fields to assisting with the running of events. His favorite part of his job is working with Freddy Cuellar who keeps him motivated.

In his spare time, Cameron enjoys shopping. An avid Miami Hurricanes fans, he cheers on the U at every opportunity.

Larry Joe was born and has lived in Foley most of his life. He is the oldest of four children. He has one daughter and two beautiful grandchildren. He and his wife have been married since 2005.

Larry Joe spends as much of his spare time with his grandchildren as possible. He also loves to travel with his wife. They have been to the mountains, Universal Studios, several beaches and in 2017 had the opportunity to take a Viking River Cruise through Europe.

Larry Joe spent several years working at a local golf course learning the ins and outs of grounds maintenance and equipment management. He brings that experience with him to FST and can’t wait to learn more from his coworkers. Mason Deisner is Foley born and bred. He is a graduate of Foley High School and worked at Sun South before finding a home with the City of Foley. His favorite thing about working on the FST grounds crew is learning cutting-edge industry technology like the department’s robot that is used to paint field lines. In his spare time you’ll find him hunting the spoils of which he occasionally will share with the rest of the crew during one of their famous potluck lunches. Angie Foley came on board in February of 2018 to assist in the setup and running of events in the Foley Event Center. Her background in customer service means she shares her sunny disposition with each and every visitor who walks through Foley’s doors.

Never one to shy away from hard work, Angie is ready to pitch in on anything to get the job done. Her favorite part of her job is helping visitors learn more about the city and making their experience a memorable one.

In her spare time, she is pursuing an associate’s degree in hospitality and event planning. She enjoys hanging out at the beach, attending sporting events, and hanging out with her family. An Alabama Crimson Tide fan she fits right in with the rest of the FST staff. Andrew Martin came to the City of Foley after graduating from Hope Christian School in Birmingham, where he led his baseball team to a Christian High School National Championship.

His love of sports inspired him to begin his career in the City with the recreation department before moving over to the sports tourism department. Andrew appreciates the challenge of working the large range of events FST hosts, but particularly enjoys the Sun Belt Conference tournaments.

His hobbies include watching the University of Alabama football team in the fall, the Oklahoma City Thunder in the winter, and the Boston Red Sox in the summer. long before that. He worked for the Foley Sports Tourism and Foley Recreation Concessions teams prior to coming aboard in his current role. Tripp loves being able to turn the Event Center’s unique space into whatever a planner needs and enjoys the set up and tear down of each new event.

The Foley High School alum holds an Associate’s Degree in engineering from Coastal Alabama Community College and spends his free time cheering on his beloved Georgia Bulldogs, who he was a fan of long before their 2021 national championship football title.

Want to Join Us?

Want to join our team? As a department within the City of Foley, all our job openings would be listed on the city’s website.